Thinking of Getting a Dog? Don’t Shop–Adopt!

Thinking of Getting a Dog? Don’t Shop–Adopt! 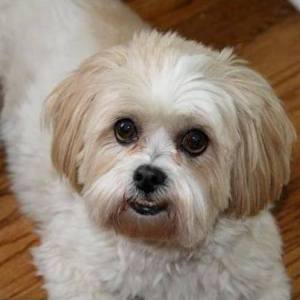 Thinking of adding a new member to your family? Look no further than your local shelter or rescue group. There are plenty of puppies and adult dogs that are waiting for their “furever” home. Every breed, size and personality represented, you are sure to find your perfect match.

What’s the difference between a shelter and rescue group? Most shelters have contracts with the towns and/or counties to handle all animal control. The shelter houses the dogs at a physical location. The dogs stay in kennels until they are adopted or euthanized. Paid employees run the shelters. Rescue groups are run by volunteers and don’t have a physical location but rely on foster homes where the dogs stay until they are adopted.

The majority of dogs in shelters and rescue groups are there through no fault of their own.When it comes to owner surrenders, the excuses people give to get rid of their dogs are mind-boggling. Here are just a few examples: “moving and can’t bring the dog”, “we are having a baby”, “the puppy is chewing things”, “barks too much”, “has too much energy”, “we have no time for a dog”. As you can see these are all problems with the OWNER, not the dog. 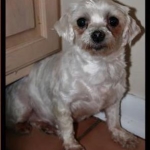 Millie is a former puppy mill mom. She was used to breed puppies for pet stores her whole life. 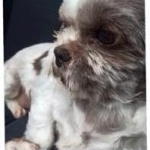 Willow had a rough start in life as a puppy mill mama, living in a crate and having litter after litter of babies. Now living the good life, at 5 years old has many good years ahead of her!

Reasons for choosing to adopt a dog are numerous. According to the SPCA every year approximately 1.2 million healthy dogs are euthanized mostly due to lack of space. Many of the dogs available for adoption are mixed breeds. Mixed breed dogs have a greater genetic diversity and are more likely to have less health problems. An added benefit is that you will have a dog who is unique. If you still want to adopt a purebred dog, about 25% of dogs in shelters are purebred and the percentage is even higher with rescue groups. In fact every breed of dog has a rescue group. Another great benefit of adoption is the cost benefit. Adoption fees average from $200 to $400 and include spaying/neutering, vaccinations and micro-chipping. When you purchase a dog you may be supporting the horrific Puppy Mills and “Back Yard” breeders, a term used to describe disreputable and unknowledgeable pet owners who breed animals. The lives these dogs lead to produce puppies for their greedy owners is hellish and can only be described as torture.

If you cannot adopt a dog but would like to help, there are other numerous ways to support your local shelter or rescue group. The most important thing you can offer to do is foster a dog. This is where the dog lives with you while waiting for their forever home. The shelter or rescue groups pays for food and veterinary care. Other ways you can help include volunteering to walk & socialize the dogs, fundraising, donate items the dogs need or help out at adoption events.

When you adopt a dog, they know that you saved their life and they are forever grateful; the love and loyalty you will get is unconditional. Ask anyone who’s ever adopted a dog. Also you are not only saving the dog you adopt but opening a space for another dog.

Lola and Lyla are two inseparable 9 year old Shih-Tzu sisters. These girls are amazing. They must be placed in a home together–no exception!

The dogs featured in this article are all currently with Anarchy Animal Rescue based in Freehold, NJ and Staten Island, NY. Anarchy is a no-kill rescue group run solely by volunteers and rescues dogs from shelters in New Jersey and New York. They never refuse a dog for medical issues and have saved hundreds of lives.

For more information on any of the dogs featured or to see some more of the dogs they have available for adoption please check out their Facebook page and click on photos.