The wild sights and sounds of the iconic ‘70s disco Studio 54 will be recreated at the Asbury Hotel on Friday, August 11th when a concert version of a new theater piece “54- the Musical” takes the stage. The event is a fundraising preview to help bring the show to Broadway.

This year marks the 40th anniversary of the opening of Studio 54 in New York City, and the disco era, a revolutionary period of popular music and culture. 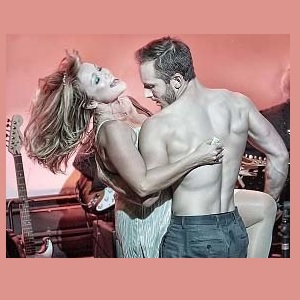 “As the author of the piece, I wanted to present a living installation where audiences could viscerally connect to the excitement of the era and identify with the stories of the songwriters reimagined,” said Asbury Park actress, singer, and playwright Renée Bang Allen.

The event will feature musical selections from the show as performed by Broadway veterans, a Drag Queen, dancers, and a live band.  Allen has staged versions of the new play to enthusiastic audiences throughout New York City at venues such as The Cutting Room and it was also awarded the featured spot in Emerging Artists Theater’s New Work Series. Most recently an immersive truncated version of the show was performed in Asbury Park at The House of Independents.

“54 – the Musical,” tells the story of two couples navigating their way through drug use, addiction, sexual liberty, interracial relationships, changing musical paradigms and love – at all costs.  The music, while familiar to fans of disco and funk has been repurposed to serve as both backdrop and storyteller.

The Asbury, a sponsor of “54- the Musical”, will host this funk-raiser on Friday, August 11th. Doors open at 7 pm, show starts at 8 pm. VIP’s will be invited to an exclusive room for meet & greet with the cast after the performance. 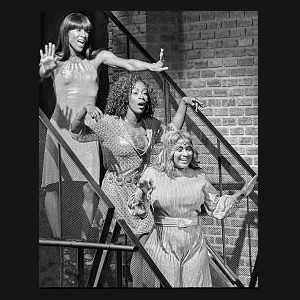 This performance will also mark the kick off an exciting new non-profit arts initiative to support the development of the theater arts in Asbury Park –  ‘the ‘Asbury Arts Collective’ – ‘(the collective)’ for short.

“I think it is high time for our city to enjoy all the benefits of having a professional theater downtown operating year-round,“ said Allen. “The goal is to contribute to the arts scene, create employment opportunities for area residents and start a much-needed dialogue about the importance of theater as a vehicle for social change in our society.”

“Asbury Park is known for being on the cutting edge of the arts…(the collective) is a way to help artists and theater-makers bring their creativity to Asbury Park for all to enjoy. We want to help our community realize its full artistic and economic potential by having live, professional theater available for residents and visitors alike.” said (the collective)’s co-founder Bob Angelini and past Artistic Director of ReVision Theatre of Asbury Park.

“54 – the Musical” VIP tickets which will include a private post-party sponsored by Sailor Jerry are $54 and general admission is $25.