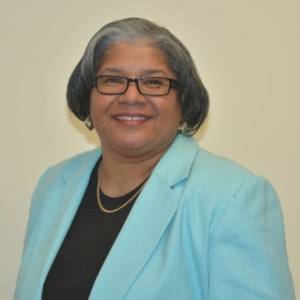 Bahiyyah Abdullah has been involved with girl scouting for more than 34 years whether as a volunteer or in her current position of chief mission officer for the Girl Scouts of the Jersey Shore.

“She is someone who has had a positive effect on the lives of hundreds if not thousands of girls and women in Monmouth and Ocean counties,” said Ocean County Freeholder Virginia E. Haines, who serves as liaison to the Ocean County Advisory Commission on the Status of Women. “Over more than three decades, Bahiyyah has worked to instill courage, confidence and character in young women through her work with scouting.

“Whether it is her work with scouting or her advocacy in so many other areas, she is a wonderful choice of Women’s Advocate of the Year by the Ocean County Advisory Commission on the Status of Women,” Haines said.

Abdullah, a resident of Barnegat Township, will be honored by the Women’s Commission during the 2016 Women’s Advocate of the Year breakfast at 8:30 a.m., Sept. 24 at Days Hotel, here.

Haines noted that the 2016 honoree embodies the mission of the Women’s Commission which includes advocating for the advancement of women in society by acting as a liaison to many community organizations, women’s groups, and social services agencies.

In addition to her work with the Girl Scouts, Abdullah also advocates on behalf of civil rights, children and arts and history.

She actively volunteers with many national, state, regional and local organizations that support these efforts and currently serves as President of the Toms River Area Branch of the NAACP; Commissioner for the New Jersey State Martin Luther King Jr. Commission; Vice Chair of the Ocean County Cultural & Heritage Commission; Immediate Past President for the North Jersey Shore Chapter of the Continental Societies, Inc. (local & national service); President of the New Jersey Circle-Lets, Inc. and Associate/Lifetime Member of the Jersey Shore Chapter of Jack and Jill of America, Inc.

She also serves on the Board of Directors of Big Brothers and Big Sisters of Ocean County, and the Central Regional Network Committee of the American Conference on Diversity.

In a recent interview in the Ocean County Cultural and Heritage Commission publication “Out and About”, Abdullah noted the humanitarian drive stems from her gratitude toward those who helped her along her path and from a natural belief in giving back.

“We all have an obligation to give back,” said Abdullah, who is the mother of three and grandmother of five.

Abdullah has been honored by a host of organizations and agencies for her advocacy work and her supporting contributions.

She also has been honored by the Alliance for Women in History, the Ocean County Chapter of Jack and Jill of America, Inc., Women of Purpose, Inc., and was the 2009 Ocean County Women’s Hall of Fame Inductee by Soroptimist International of Toms River.

Abdullah holds a Bachelors of Arts Degree in Political Science and Criminal Justice from Jersey City State College. She is the widow of Civil Rights and Head Start advocate, Saleem Abdullah.

“The Women’s Commission Advocate of the Year Award celebrates the achievements and advancements that have been made in programs and services for women,” Haines said. “Bahiyyah’s story is one of dedication and commitment to improving the lives of women and their families.”