The Girls of Summer

The Girls of Summer 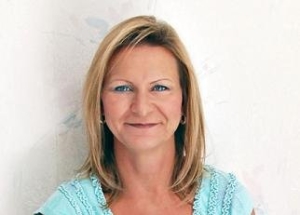 According to writer Ellen Klages, “Baseball is a game of history.” As far back as the time of the very first Olympic Games in Greece (776 B.C.), women were excluded from the games and so they chose to compete in their own Games of Hera to honor the Greek Goddess who ruled over women and the earth. Since then, a lot has happened!

In the United States early in the 19th century, as the sport for The Boys of Summer was becoming increasingly popular, sport-loving women were no longer content to be spectators of baseball. Jane Austen’s character, Catherine, in the novel, Northanger Abbey published in 1818, was noted to “prefer cricket, baseball, riding on horseback, and running about the country at age fourteen, to books.” But it wasn’t until 1866 that the first women’s baseball team emerged. The Vassar College Resolutes are documented as the very first team from a letter written by a female student, Annie Glidden. In her day, baseball was considered good for the mind, but how it was viewed changed quickly at Vassar. Increasingly the clubs were seen as vulgar. Public scrutiny of the girls playing the sport killed off the game at Vassar around June of 1876.

The 1870’s were an interesting and trying time for women in America. They could not vote or own property in their own names, but they did don a floor-length skirt, underskirt, a long-sleeved, high-neck blouse and high button shoes to play what was previously a man’s game. Amelia Bloomer, a woman’s rights advocate, through her writings in the bi-weekly publication for women, The Lily, changed the dress standards of women during regular activities. “Bloomers,” the Turkish-style trousers made sports more practical for women athletes and soon Bloomer Girls teams dotted the country. They were not all-women teams, in fact many times a team had a couple of men players. But the teams were good, and “barnstormed” across America challenging men’s teams to a game of hardball. And many times they won.

In the 1920’s, the New York Bloomer Girls were the team to beat. With the once star pitcher being names manager, Margaret Nabel organized a challenge series against the Philadelphia Girls in 1923, which the New Yorkers went on to win 21-13. Nabel was willing to have the team travel further in order to stir up fans and more competition. In 1931, the New York Bloomer Girls played before a capacity crowd in Chattanooga, Tennessee, against the Lookout Juniors, a men’s team. The women lost 7-4, but had won the hearts of many.

After playing in a couple of school and little leagues, Toni Stone was picked up by a men’s semi-professional team, the St. Paul Giants. She began her professional career on the San Francisco Sea Lions where at her first at-bat, she batted in two runs. Toni was the first player in the Negro Leagues, and the first woman to play as a regular on a professional team in 1953. Being touted as “one of the best ball players you’ve never heard of” Toni was later inducted into the Women’s Sports Hall of Fame, the International Women’s Sports Hall of Fame and in 1990 she was included in two exhibits at the Baseball Hall of Fame, one on “Women in Baseball” and the other on “Negro League Baseball.”