Every pregnant woman in the world should know the name Marianne Cummins.

Fifty years ago, in May 1968, the then-29-year-old Teaneck, New Jersey, homemaker was expecting her third child when she became the first person to receive an injection of a new medicine called RhoGAM, developed to help prevent a condition that in the U.S. alone was leading to the deaths of about 10,000 newborns annually and brain damage in others. 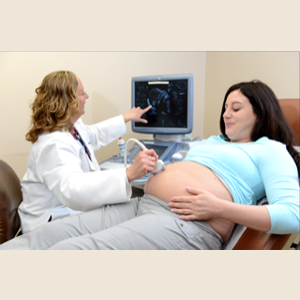 “That one injection had a tremendous impact on my family,” Cummins recently recalled.

Cummins, you see, has Rh-negative blood, a trait shared by 15 percent of the U.S. population.

But the fetus inside her was Rh-positive – as were her two children at home.

To understand how terrifying that incompatibility was in those pre-RhoGAM days, a bit of Biology 101 is in order. During any pregnancy, it’s normal for some of the baby’s blood to enter the mother’s blood stream, usually at delivery. However, when Rh-positive fetal red blood cells cross into an Rh-negative mother’s circulation, her body reacts like it’s fighting off an invading virus, producing antibodies that can attack the baby’s blood cells. This immune system response is called “Rh sensitization.”

The first child is typically unaffected since manufacturing those antibodies takes time. However, any Rh-positive baby after that – and, remember, this was Cummins’ third pregnancy -represents a dangerous gamble; Rh sensitization sometimes leads to hemolytic disease of the fetus and newborn (HDFN), a deadly condition.

RhoGAM, as it does to this day, prevented that sensitization from happening. “I still marvel at RhoGAM’s impact,” John Gorman, MD, a co-creator of the medicine and former director of the blood bank at New York Presbyterian/Columbia University Medical Center, has said.

In fact, with approval by the Food and Drug Administration (FDA) in hand, the drug’s use became standard medical practice for every pregnant Rh-negative woman here and in Europe and Canada, resulting in HDFN’s virtual eradication there. But in many poorer countries lacking the same protocols? Even now, the situation remains what many call so “dire” that an estimated 14 percent of affected fetuses are stillborn and a full 50 percent of live births end in death or brain injury, according to a scientific paper published in 2010 by leading medical experts.

That’s why in February 2018, as part of the celebration of the 50th anniversary of the FDA’s approval, Kedrion Biopharma, which makes RhoGAM, and Columbia University Irving Medical Center, which developed it, hosted a panel discussion to map strategies for getting the medicine to the rest of the world.

“The view ahead should be bright for all women, their partners, and their families around the globe,” declared Paolo Marcucci, chief executive officer at Kedrion Biopharma.

In addition, a series of upcoming events throughout the year will encourage Rh-negative women to donate blood plasma to be used in the ongoing manufacture of RhoGAM by Kedrion Biopharma.

RhoGAM should NOT be used if you are Rh-positive.

Be sure to tell your healthcare provider about all your medical conditions, including:

* If you have known severe allergic reactions or a severe response to human immune globulin.
* If you have experienced a serious reaction to other medicines that contain immune globulin.
* If you have an immunoglobulin A (IgA) deficiency. RhoGAM contains a small quantity of IgA and there is a potential risk of an allergic reaction in IgA-deficient individuals. Ask your healthcare provider if you are not sure.
* Your recent history of vaccinations. Certain types of vaccines (ones containing a live virus) may not work as well for you if you are also receiving immune globulin products, like RhoGAM. The antibodies in RhoGAM may prevent the vaccine from working. Before you get a vaccine, tell your healthcare provider that you have received RhoGAM.

RhoGAM is made from human blood and therefore, carries a risk of transmitting infectious agents, such as viruses, the agent of the variant Creutzfeldt-Jakob disease (vCJD), or unknown infectious agents. You should consult with your healthcare provider if you have any questions or concerns.

Reactions to RhoGAM that affect the entire body are extremely rare. However allergic responses to RhoGAM may occur. You should be observed for at least 20 minutes after administration for early signs of an allergic reaction. Signs and symptoms of an allergic reaction include itchy rash (hives), tightness of the chest, wheezing, low blood pressure and anaphylaxis (which may also include throat or tongue swelling, shortness of breath, vomiting, hives and/or lightheadedness).

The most common side effects of RhoGAM are swelling, hardening, redness, and mild pain at the site of the injection. A small number of patients have noted a slight fever.

You are encouraged to report adverse events of prescription drugs to the FDA.

There are many great articles in past issues. Read older issues (2012 and earlier) here.